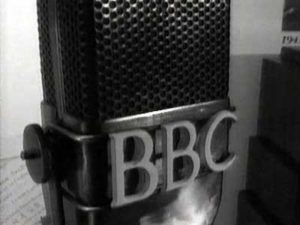 On 5 December Wendy Carlin, our project director, visited the BBC for two interviews in response to the Post-Crash Economics Society at the University of Manchester, whose interesting blog sets out their arguments against the current syllabus, and explains the changes they would like to see.

Wendy debated with Professor Abhinay Muthoo, head of Economics at the University of Warwick. First, they spoke on BBC Radio 4’s Today programme, which covers the news between 6am and 9am every morning, and is the most popular news programme on British radio. You can listen to the audio stream of the programme using this link (until 12 December). The interview takes place near the end, at around 2:48:20.

An hour later, she was in the studio for an extended interview with World Service, on its daily World Update Show. You can listen to the full interview here:

With more time to talk there was plenty of opportunity to discuss where the economics curriculum could be improved – for example by incorporating the insights of academic economics from recent research into the causes of (and policies regarding) inequality.

“We need to bring into the classroom much of what we have learned in economic research in the last 20 or 30 years,” Wendy explained.

There was a difference in opinion over what graduates are good for. “Economics graduates are very important for the world: they are trained in how to interrogate data,” was Prof Muthoo’s opinion; Wendy thought this might be complacent:

“Where they’re very weak is transferring their knowledge to other problems and contexts, they tend to know little about facts about the economy, and they are very poor at communicating economic arguments,” she warned.

Be sure to listen to the end to hear the views of economics students from around the world, almost 100 of whom left messages on the World Service Facebook page to express their desire for more context and a broader curriculum. The messages included one from graduate of Stanford University, who complained that she was taught free trade principles “to an almost religious degree”.