Students in their final two years at a school in Bogota, Colombia, have acquired greater critical thinking skills as a result of the introduction of the CORE Econ curriculum. 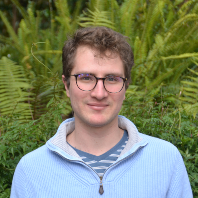 When economics teacher Juan Pablo Castilla started at Colegio Los Nogales in 2020, he was keen to use the opportunity to find an alternative to the traditional textbooks that he had used at other schools.

He felt that conventional textbooks tended to be centred around the North American experience, which was seldom relevant to a student in Latin America and were more useful for delivering information rather than encouraging critical thinking.

He uses the CORE Econ textbook, The Economy, and website for the introductory economics course for students taking the subject in the final two years of their time at Los Nogales. It is a not-for-profit private school in the Colombian capital Bogota, which takes children from pre-kindergarten up to university entrance. Economics students take the Introduction to Economics course in their first semester.

“The reason why I decided to use CORE Econ was that it enhances the critical thinking skill sets for students,” Juan Pablo says. “And it’s very rare to see a textbook that asks students to think critically about the models they are studying.”

He values how it encourages students to gain a wider comprehension of the issues involved by applying their learning to specific scenarios rather than just learning the key concepts. He particularly values the interactive graphs and the opportunity for students to download data to do their own investigations.

For example, when teaching supply and demand, he appreciates that CORE Econ puts a big emphasis on how the classical market equilibrium model fails to understand scenarios in which its assumptions are not fulfilled, such as the labour market. Another benefit of using CORE Econ is that it focuses on issues such as economic inequality and climate change that are of great interest both to him as a teacher, and also to the students.

Although it is too soon to be able to say whether students perform better as a result of taking CORE Econ, Juan Pablo can see that they enjoy the course. They value the ability to test their understanding by taking the multiple choice questions. Some students initially needed help in developing their reading skills and their understanding of graphs. The school provides a week of support to help the students gain those skills so that they get the most out of CORE Econ.

The students themselves relish learning through CORE Econ. In a project essay as part of his course, student Nicolás Barrera wrote how he learned about economic inequality in his very first week.

“Using the interactive world inequality graph opened our eyes to the fact that measuring living standards is something extremely complicated, and that is often too simplified so it can fit into a graph when in reality it is not as simple,” he said.

Fellow student Laura Galindo said that although it was an introductory course, the course went beyond the basics. “We went deeper and understood how economics can be used as a tool to acquire knowledge and skills from many other areas,” she wrote. “In the course, we learned how to use data and models to analyse and understand social issues.”

From his perspective as the teacher, Juan Pablo can see the difference in the students who take Advanced Placement courses in microeconomics and macroeconomics later on, after taking the introductory course. “Subjectively, I do know that their critical thinking skills are way better — as is their ability to use what they learn in different scenarios,” he says.