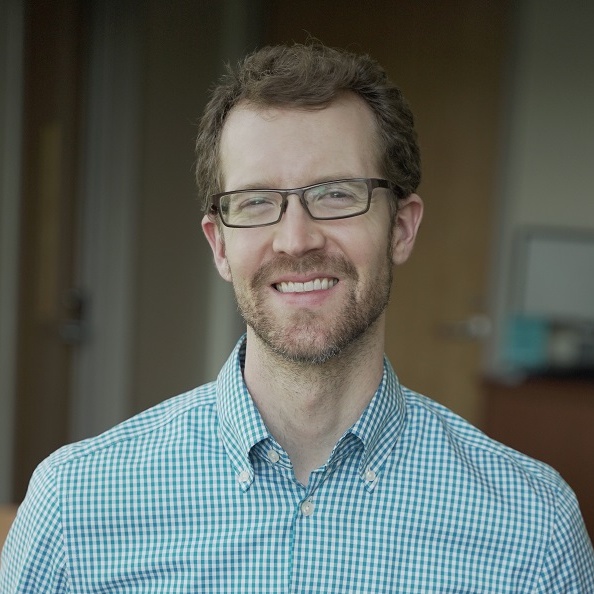 When Professor Matthew S. Johnson joined the Sanford School of Public Policy to teach year first-year microeconomics units to students at Duke University in the fall of 2018, he knew that he needed to start with a new textbook that took a different approach from the orthodox curriculum.

He describes himself as an “evangelist” for the CORE Econ curriculum. He says that the need for something innovative was driven by his resentment of the out-of-touch approach taken by conventional first-year textbooks.

“When presenting models of how firms and consumers interact in markets, CORE Econ doesn’t start with the model of perfect competition that we all know is wrong,” he says.

He wanted a textbook that presented economics as a lens to understand the world as it is, so that students can understand how to use policy to make it better.

A second reason — and the one that really sold him on CORE Econ — was that in traditional economics textbooks, microeconomic sections are divided into consumer theory and producer theory, “as if human beings — as complex and weird as we are — can be reduced to being consumers or being workers at a firm producing widgets”. This is not reflective of the many facets of human behaviour that economics is a really powerful lens to understand, he adds.

He notes that early on, CORE Econ presents concepts like social preferences and game theory in the context of strategic interactions.

“CORE Econ really does provide a framework to use economics to understand more of a spectrum of human behaviour,” he says.

One example of this is the economic “constrained choice” model of decision making for which a traditional textbook would use a person allocating her budget between oranges and apples as an example, but for which CORE Econ highlights how a student chooses between studying and leisure, which he says will have a more intuitive meaning for a student.

The third positive feature about CORE Econ for Prof Johnson is that it highlights the power of economics models but interweaves all those economics questions and concepts with history. He contrasts this with the orthodox approach where history and institutions are completely removed. “That’s one of the biggest blind spots in economics, and the fact that CORE Econ integrates models and economic questions with history is, I think, profoundly important,” he says.

One area where he thinks The Economy could be improved would be to expand the bank of tests for students to include more non-multiple-choice questions and to develop exams and problem sets. But students like the eBook format and the interactive aspect of the book— as well as the fact that it is free for them to use.

When it comes to students’ reactions to CORE Econ, some very anecdotal evidence indicates that the curriculum has gone done well with students. “I have had several students confide in me, something along the lines of, ‘Professor Johnson, I thought economics was gonna suck, but this is pretty cool’,” he jokes. More seriously he says a number of students have said that The Economy was their favourite textbook they had used in their undergraduate career.

Although it is too early to gauge whether students taking CORE Econ have ended their introductory courses better prepared than previous cohorts, early evidence is that those entering their next classes do so in a stronger position. One former student of Prof Johnson told him that she felt she was better prepared for her public policy economics classes than colleagues who had done a different prior course. “It seems like at least one student felt really prepared from CORE Econ for her future economics courses.”