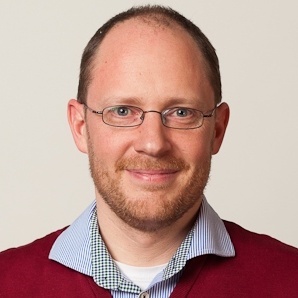 When Berlin’s Humboldt University, founded in 1810, switched from traditional textbooks to using the main CORE Econ text, The Economy, for its compulsory introductory economics course for undergraduates, the reason was not to overcome a lack of interest from students but rather from some professors.

The CORE Econ curriculum has overcome any such reluctance with what Professor Wolf calls its “very open-minded approach to economics”.

While it introduces the basic concepts, the course shows how in practice these ideas can lead to optimal outcomes but how markets can also end delivering outcomes that are decidedly sub-optimal. “It is not saying markets are always the best approach to some social problems, but it is not saying they are necessarily bad,” he says, “It is a balanced approach.”

As a result, economics is delivered to first-year students as a social science rather than as mathematics or physics that has come to dominate the discipline.

This long-run approach more akin to sociology or political science is helpful when it comes to teaching students in the current era of globalisation as the CORE Econ curriculum includes examples from India and from village societies in Africa.

The idea of combining economic theory with a perspective on modern development chimes with students. Professor Wolf says that the topics in the early units of The Economy chapter that focus on long run economic development, data on GDP per capita, and the dangers of inequality seize the students’ attention. “They are very interested in equality and issues like climate change, and I think the future of Europe and the European Union is important to them too,” he says.

While The Economy has been translated into Spanish and French, Professor Wolf sees no need to translate to German from English, which he says is effectively the language of economics. “I think it is a wonderful opportunity for first-year students to use English,” he says, adding that he has translated all slides into German, while students are encouraged to use the English textbook as a backup.

One impact he has noticed is that it has accentuated the split in the first-year cohort between those who are strongly interested in economics and those who want to learn it, take the exam, and move on. The CORE Econ curriculum has helped identify those students that will want to take on economics further in their degree. “CORE Econ is much more challenging, and you need to think about things more,” he says.

While his teaching is very much based on CORE Econ, he has added new features such as additional material on economic history or using the public goods game as a live experiment in classes. “It is a good way to build on key economic concepts,” he says, adding that he would like to see Karl Popper’s methodology of critical rationalism introduced for its relevance to applied economics.

It is too soon to make a comparison with pre-CORE Econ students, but Professor Wolf is confident that those embarking on the course will turn out to be strong graduates. “I’m optimistic that that is what we are doing,” he says. “It should result in some really good students that go on to take PhDs and to do research. I have a feeling this is a good way to do it.”