The introduction of CORE Econ microeconomics for economics, business and law undergraduates may lead to wider adoption of The Economy at Insper 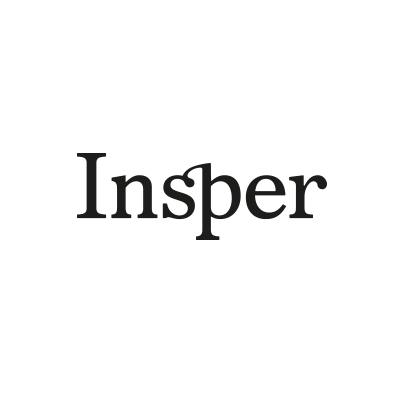 The introduction of the CORE Econ curriculum for the introductory microeconomics course for economics and business majors was the result of a decision taken after a year of discussions with senior professors and scholars at the economics department at Insper university in São Paulo in Brazil.

“This was a very institutional initiative,” says Assistant Professor Dr Luciana Yeung, the coordinator of the Economic Sciences course.

“The whole school was thinking about better ways to teach economics in a more creative manner, as we felt that econ teaching at the university had become very outdated.”

The teachers felt that the traditional introductory microeconomic course with an examination of the demand curve, the supply curve, and the market equilibrium made little sense for first-year students. Instead, the main objective should be to teach the students what rational decision-making was about.

While the traditional course started with a very theoretical and abstract model of perfect competition, CORE Econ now takes students through the decisions that economic actors take, the theories that underpin those using examples as part of their classwork, looking at what goes into making rational decisions, before ending with a discussion about market failure versus perfect competition.

As classes for economics and business students are very integrated, staff were keen to establish a creative and intuitive class without the mathematics they would receive in their calculus classes. As a result, the university introduced the CORE Econ curriculum using The Economy textbook in the first semester of the 2019/20 academic year which means it is now in its third year as the main text for those students.

The students appreciate the way that the course is taught, especially the podcasts, videos, and other supplementary material that allow them to delve further into each topic. Other positive features are the dynamic graphs that allow students to engage with the material in an interactive manner, as well as the quizzes and questions that appear throughout The Economy.

It is difficult to compare current cohorts with those that used traditional textbooks because the outbreak of the coronavirus has changed the way students have been taught since early 2020. However, Dr Yeung highlights one first semester project that she believes students have found easier to engage with under the new curriculum.

Students are divided into groups and are given a database on an issue such as climate change. Over the term, they must gather data, produce graphs, develop a preliminary hypothesis, and produce a paper. “It is a new unit so we cannot compare, but it is very clear the students now have a grasp of how to do some scientific work and how to deal with data,” she says.

Dr Yeung says she had feared the CORE Econ curriculum would mean teachers would have to drop units because of the time taken to teach the broader concepts. “This is absolutely not true. In fact, we have been teaching more concepts than we did in the past,” she says,

highlighting income and substitution effects as subjects she now teaches in her fourth lecture. “The professors on the second microeconomics course just did not think that was possible.”

The contents of The Economy have resonated with students in Brazil who are often concerned about issues such as climate change and economic inequality that are very topical in their country. In fact, the photograph of a favela on the front cover of The Economy with its striking image of inequality was taken in São Paulo.

The use of CORE Econ is likely to expand into other disciplines at Insper university. First year law students have started taking the microeconomics course this year. Dr Yeung says macroeconomic lecturers are also have looked at the methods that their microeconomics colleagues have used. “We really hope that the changes we have made will give some incentives for the other professors in the following semesters to do the same.”