The use of The Economy for international students at NEU has proved a success and once it has been translated into Vietnamese, all undergraduate students will be taught using the CORE textbook 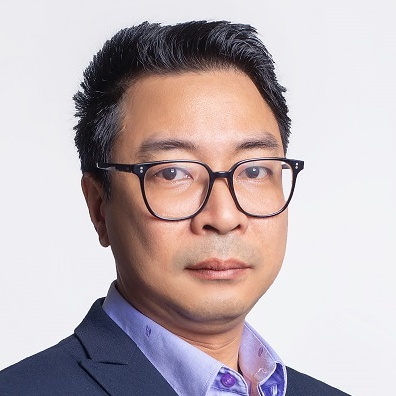 In the wake of the 2009 global financial crisis, lecturers at the Faculty of Economics at Vietnam’s National Economics University wanted to find a textbook that would help their students better understand how the economy works.

Associate Professor Ho Dinh Bao, Head of the Department of Economics, says that the traditional economics textbook based on teaching theories first no longer made sense. “A lot of people were saying that economics had failed to explain what was happening in the real world and we did notice that a lot of universities in Europe, as well as in the US, were starting to change textbooks — and not just the textbooks but the whole approach to teaching economics.”

There was strong support among the staff for the way The Economy presented economic theories to students.

A good example is the first unit of the textbook that starts with discussions of inequality and the origins of capitalism, which he says are both detailed but also easy to understand. “When you read it is like a novel, so everybody will be able to understand it,” he says. “The main objective of being an economics teacher is that you have to make the students understand it and be able to apply it what is happening around them.”

Currently, the NEU is using The Economy to teach international students on courses that are taught in English. The first cohort of 200 students has started in the current 2020/21 academic year. So far it is clear they appreciate that the online version is free and they very much like the digital elements such as the quizzes, the interactive graphs, and the links to other readings and videos. They also like that the textbook comes with an international dataset that they can use to make observations and carry out experiments.

Professor Ho Dinh Bao says that as the NEU is only in its first year of using The Economy, it is too soon to be able to compare the outcomes for those students compared with previous cohorts.

However, he is clear that students are more “excited” about the subject.

He uses the example of the trade-off between efficiency and equality. When using a traditional textbook, students recognised that inequality meant there would be a gap between rich and poor but did not seem that engaged. However, when using the graphs in The Economy, the new cohort of students has found it much easier to understand what that gap means, what causes it, and how that experience differs between countries.

Based on this experience, Professor Ho Dinh Bao and his colleagues have started the process of translating The Economy into Vietnamese. They have reached the first stage of getting approval for the quality of translation and will employ about 15 lecturers to work on the full translation of the book.

He aims to have the textbook used as the main textbook for all 6,000 students who start at NEU within around five years but is determined to implement it step by step to ensure that it is successfully integrated into the curriculum. When The Economy was implemented for international students, many lecturers said they liked the textbook but were not initially confident about teaching it. “They think it is excellent, but my point is, it may take some time,” he says.