When UCL introduced CORE Econ for first year undergraduates, some teachers worried that students would underperform when they moved on to a conventional second-year course. The opposite happened 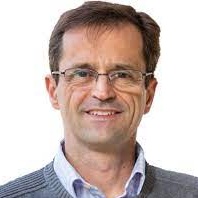 Some institutions have been wary of changing introductory economics, fearing that it will undermine later study. Second and third year courses often mirror the introductory topics, just in greater depth, and so this may be a barrier to innovation: you either change everything, or nothing.

University College London (UCL), on the other hand, wanted an economics course that would secure a strong academic performance from undergraduates in their second and third years on Economics or PPE courses, but one that would better reflect their excitement and passion for economics as a way to interpret the world around them.

Professor Antonio Cabrales claims that this was exactly what CORE Econ has done, because instead of teaching students a prescribed set of models, its focus is on how to use economic models to solve real-world problems.

“We feel that by providing a less mechanical and more thoughtful and reflective training, CORE Econ material better caters for advanced courses,” he says,

“CORE Econ is rigorous in the sense that it demands students to carefully reflect and apply the appropriate analytical and empirical tools to analyse real-world problems.”

Although UCL demands high mathematical standards from its applicants, students learn that economists use mathematical models as a part of a set of tools. They consider, discuss, and debate problems and narratives, and recognise the strengths and weaknesses of all these tools.

The difference starts in the early units. Rather than starting with a perfectly competitive market, and identifying exceptions, CORE Econ begins with the markets in real life, and real people making real decisions. They are introduced to the economic tools, including game theory at an early stage, to analyse those decisions, and the consequences for the individuals and for society as a whole.

“CORE Econ starts with a more modern approach, in which we think of individuals and societies as entities that have to be organised and take decisions, and do the best they can,” Professor Cabrales says.

CORE Econ grabbed their attention from the outset, forcing them to think – but giving them the autonomy to do so for themselves. Mateusz Stalinski was one of the first cohorts of introductory students to study using CORE Econ in 2014. He discovered experimental economics through the course, and has gone on to pursue that area of research:

“The unit on labour markets and best response functions inspired me – I wondered how I could apply experimental methods, so we created our own experiment,” he says, “The tools aren’t that complicated but they have a lot of explanatory power and that’s great.”

The remaining doubt was whether students would perform as well in the second year, when the economics course was more conventionally structured. To test this, the department compared the exam grades in the second year of the 2013 cohort, which was the last pre-CORE Econ group, with the second-year grades of the 2014 CORE Econ students.

“There is no evidence that this was an unusually talented group of students. Their performance in Econometrics, a module not covered by CORE Econ, had been very similar to their predecessors. CORE Econ appears to boost effort and engagement in the second year of study.”