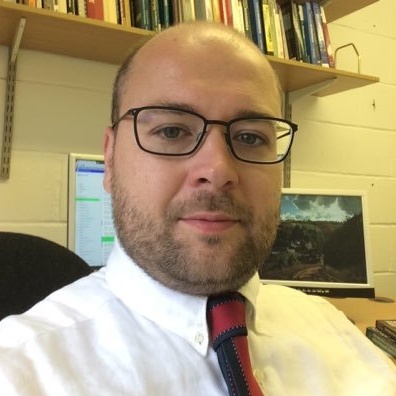 The Department of Economics at the University of Bath decided to adopt the CORE Econ curriculum for its undergraduate economics courses in 2017 after Dr Matteo De Tina, a lecturer, took part in a workshop organised by CORE Econ. “I was very, very captured and so when I came back, I proposed my department to start teaching it,” he says.

While lectures can cover the key concepts within a particular unit, CORE Econ provides students with a narrative that makes the links to economics in action by using real world examples. It opens students up to major issues they might only previously have come across in their final year.

“Students want to be engaged; they don’t want to do something boring. They see the news and they say, oh why can’t my course help me to understand this. CORE Econ does that.”

The thematic approach enables students to get an understanding of the economics of major issues such as climate change, power or inequality without needing to be able to deal with maths or statistics. One important difference from a traditional textbook is that CORE Econ starts with facts and then covers the theory and then comes back to the facts to test whether the theoretical model fits with the facts. The way that the curriculum is structured by CORE Econ means that Dr De Tina uses his interactive lectures to focus on a few important concepts that he wants the students to understand and can leave all the details for them to discover through the textbook.

Bath has not carried out a formal study of differences between CORE Econ and pre-CORE Econ students, but anecdotal evidence points to a greater take-up of the subject. Previously students from other disciplines who opted for the traditional course had often been put off economics. “We had students saying they wanted to learn something about the economy, but ended up concluding that economics is just too technical,” Dr De Tina says

This contrasts with the picture since the adoption of CORE Econ in 2017 where students without any background in economics who take the introductory course either choose to switch to economics or opt to take options in economics later on. “It presents things in an attractive and persuasive way that makes them interesting,” he says.

Bath now also offers a distance learning two-year Masters in Public Policy for working students that includes a Public Policy and Economics unit that is taught over a semester using CORE Econ.

Dr De Tina says that this highlights the adaptability of the CORE Econ material, which can be used at all levels of studying, from A Level through to postgraduate.

This is possible because CORE Econ focuses on the very essence of the various economics ideas and concepts, leaving great freedom to the lecturer to decide how technical the level of the analysis should be.

“I found it very flexible to adapt to the different levels, and this is something that not all textbooks and approaches have,” he says. “Every time a textbook salesperson knocks on my door trying to sell me their textbook, I say “I use CORE Econ and it’s free”.”