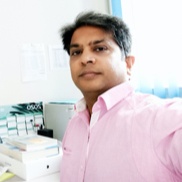 Although it is part of France, La Réunion is an island in the middle of the Indian Ocean with a society, economy, and identity that are very distinct from its European parent. This had meant that traditional textbooks often failed to engage students as they did not relate to the specific economic trends of La Réunion.

Teachers at The University of La Réunion were enthusiastic to teach an economics course that would present economics for a changing world, as CORE Econ promised. The challenge would be to get students to identify with what they were learning.

Dr Zoulfikar Mehoumoud Issop, the Director of the Economics Department who made the decision to teach The Economy, says that CORE Econ needed to offer something meaningful to the lives of children who had grown up on a French island in the middle of the Indian Ocean.

“A particular difficulty with every economics syllabus is the absence of facts and examples about France and Europe, even if the examples from other countries enabled the comparison with the particularities of La Réunion’s economy,” he says. “La Réunion Island is a French overseas territory and an ultra-peripheric region from the European Union, presenting some special employment and demographic characteristics.”

Although the CORE Econ syllabus did not deal with La Réunion’s problems specifically, its focus on real-world problems started the conversation.

“The differences between La Réunion and metropolitan French regions have been underlined in class: a larger unemployment rate, larger households, a lower level of education, and low income from pensions and wealth. The gap between rich and poor is larger too.”

From a practical point of view, CORE Econ has fitted seamlessly into the university’s way of life. From 2018, CORE Econ’s quizzes and exercises have been incorporated into the university’s Moodle-based intranet. “Students made full use of the CORE Econ website, downloading the units, watching the videos, answering the quizzes, and completing the multiple-choice questions,” says Dr Issop.

CORE Econ did such a good job at bringing economics at the university up to date that it ended up forming part of several curricula. CORE Econ became the economic element of the university’s Law course, as well as its Economic and Social Administration course.

Dr Issop explains: “Across the campuses in La Reunion—from Saint Denis in the north to Le Tampon in the south—CORE Econ became the economic element of the University’s Law course, as well as its Economic and Social Administration course.”

As The Economy develops more resources for teachers and students, the particular experiences and needs of La Réunion are a reminder that localization is about more than just translating the text—the faculty is looking for more real-world examples that its students can relate to in future.

Unit 1 of The Economy has become part of the main lectures and was fully functioning in the classroom too.

“The course’s flexibility meant that economic tools could be taught in the classroom, while lectures were used to explain real life scenarios,” Dr Issop says.

At the same time students eased into independent study; a task they were well-equipped for thanks to CORE Econ. “Students were fascinated to hear that their new economics syllabus would deal with real-world events—whether that was labour and progress, or unemployment and economic fluctuations.”