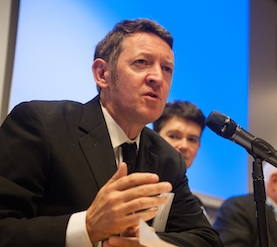 Macroeconomic models are invaluable. They enable us to reduce complicated phenomena to manageable proportions and reason systematically. If you doubt this, try thinking through the impact of a change in monetary or fiscal policy without referring in your head to some sort of model – eg an ISLM, AD/AS, or IS/PC/MR model. For me, at least, it’s very difficult.

What went wrong? Part of the story, I would argue, is that economists and policy makers fell victim to over-optimism, and, in some cases, hubris. The hydraulic Keynesians thought they could “fine tune” the economy. The monetarists were convinced that adopting a money supply target would facilitate a painless deflation. Ten years ago, many economists and central banks believed in a “Great Moderation” that would continue indefinitely – cf Bob Lucas’s presidential address at the 2003 AEA meeting in Philadelphia.

In addition to learning how to solve problems and shift curves, students need to know this history. They also need to be made aware that macro is a work in progress – some might say tumult – and that numerous efforts are under way to construct better models: i.e. ones rich enough to encompass various features that the old ones largely left out. I’ll mention four of these features:

The good news is that macro is a much more exciting subject than it was a decade ago. Preparing for this talk, I came across all manner of interesting stuff: efforts to build financial frictions and debt into otherwise standard New Keynesian models; the construction of explicitly Minskyan and Godleyan models, and even a Wicksell-meets-Minsky model; a resurgence of interest in agent-based modeling, which builds upon simple rules of thumb to generate complicated outcomes. (In a complexity framework it’s pretty straightforward to illustrate things like increasing returns, path dependence, positive feedback, multiple equilibria, and financial market crashes. Unfortunately, it’s also very difficult to come up with precise predictions and policy advice.)

We should teach students to treat all theories sceptically, even the ones we think are correct.

At the teaching level, Wendy Carlin and David Soskice’s new textbook attempts to incorporate some of these ideas, which is encouraging. However, let’s not kid ourselves: macroeconomics is getting on for a hundred years old, and it doesn’t seem to be converging on a settled theory. Perhaps, that’s because it’s hard and scientific progress takes time. But maybe we should also allow for the possibility that something deeper is involved. Here I am speculating wildly, but a couple of possibilities come to mind:

Quite probably, that’s too nihilistic – although recent history might lead one to suspect there’s something in it. In any case, though, the important thing is that economists are humble enough to acknowledge the limitations of their models. We should teach students to treat all theories sceptically, even the ones we think are correct. If that makes some students question the value of what they are being taught, that’s all for the good. Critical thinking is what we want to foster.

John Cassidy is a Staff Writer at The New Yorker