In part, therefore, my purpose today is to consider a piece of intellectual history: the strange amnesia of modern macroeconomics. But also to reach some conclusions about the policies needed to avoid a repeat of the 2008 crisis and to secure greater financial stability, in the advanced economies but also in the developing world. 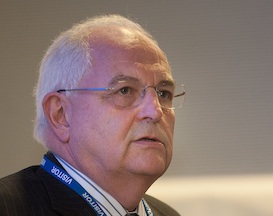 Standard undergraduate textbooks express the following views on credit, money and banking: banks borrow money from savers, which they then lend out; banks lend to businesses to fund investment and working capital, for productive purposes; and the liabilities of banks are “money” for which one can define a stable demand function, with income and the rate of interest as independent variables.

This picture is almost entirely misleading. First, banking institutions create credit and so both purchasing power and money. Second, credit does not mainly finance investment, but now has a bigger role in financing the purchase of existing assets. Third, the credit and debt are more important than “money”, because they determine the fragility of the economy and so its vulnerability to crises.

The oversimplified view is not just a feature of elementary textbooks. Even advanced macroeconomic textbooks are largely silent on the way banks create credit and money. Even Michael Woodford’s “Interest and Prices”, a defining statement of new Kenyesian macroeconomics, ignores the structure and role of the financial system.

Simplification is necessary, but dangerous. It is necessary, because the world is too complex to be understood, in all its detail. But it is dangerous, because what is omitted might be essential. That is the case, this time. The simplifications that animate sophisticated academic thinking on the role of credit and banking derive from the neo-Walrasian, general-equilibrium research agenda. In this perspective, the economy is a (more or less complete) set of barter arrangements. Money is viewed as universally acceptable tokens that have no impact on relative prices or savings and investment.

Even advanced macroeconomic textbooks are largely silent on the way banks create credit and money.

This perspective is wrong. As the great Swedish economist, Knut Wicksell, noted in 1899, unanchored banking systems create credit and money, thereby financing investment booms. In this view, then, banking, the financial sector, money and credit are dynamic, unstable and interactive processes. Without them, the present prosperity would never have been achieved: the advanced barter economy is a figment of the imagination, as Walter Bagehot noted in the 19th century. But the actual economy is also unstable: these credit processes simply mislead people. The targeting of inflation will, for example, not stabilise such as system, because booms in credit will not necessarily show themselves in inflation, particularly if they take the form of attaching ever more debt to existing assets.

In new teaching, the elements of the actual monetary and economic systems need to be explained. Banks (and shadow banks) create credit, influenced by central bank interest rates and other policy levers, but also by the self-reinforcing dynamics of credit creation and asset price effects. Such teaching will have to emphasise the following points: