A rich toolkit for social science: Q&A with Michael Muthukrishna 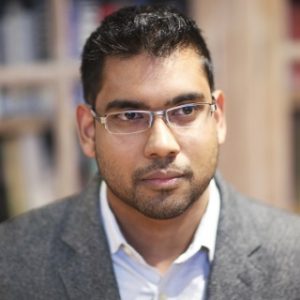 As well as helping us to create ESPP (you can hear him in our podcast), Michael Muthukrishna (left) is an assistant professor of economic psychology at the London School of Economics, a research associate in the Department of Human Evolutionary Biology at Harvard University, and technical director of The Database of Religious History, among the other other roles you can learn about on his website. He has used economic and data science techniques to analyse corruption, cooperation, and other aspects of human behaviour.

Economists have a reputation for arrogance that other social scientists sometimes find offputting. Is that fair?

Economics sometimes has a bad reputation from other disciplines for two opposite reasons. On the one hand, economists have a certain of way of doing things, some of which I think makes a lot of sense, and some of which is for historical reasons. This can pose a barrier to other disciplines who don’t follow those same norms … There are a lot of assumptions that economists make, for example, about individual-level optimisation, or individual-level strategising that are absent in other fields like psychology, cultural evolution or anthropology.

On the other side there is this caricature of how economists use of homo economicus, and how terrible economic models are. I think that is unfair, and often it comes from disciplines that don’t use a lot of modelling, and so they don’t really understand the need to abstract sometimes.

How has economic modelling helped you?

Economics has a rich toolkit for thinking about causality, one that economists have developed because they’ve had to. Some of those techniques, like regression discontinuity or matching, actually come out of places like educational psychology, but some of those things are homegrown in economics. Take instrumental variables, or the idea of instrumenting something to measure something else. That’s uniquely economic, but also a very rich and useful way for other social sciences to think about causality for questions that they care about. I have found it tremendously useful.

Do you have an example of how you are using methods from economics in your research?

It seems to be the case that humans have software that’s running on our brains, if you like, that we acquire from our societies. So the human brain in human psychology looks very different today than it looked like even a couple of thousand years ago, or certainly even a thousand years ago. How did that happen? One potential explanation is formal education. But that is hard for us to detect today, because most of us have education. Psychologists and cultural evolutionary people have looked at the effect of education on things like delayed gratification, on things like cognitive ability, but it’s been very difficult to establish causality.

Using techniques from economics has allowed us to get closer to causality. We’re working right now on an experiment in which education is being introduced to people on the border of Namibia and Angola. It does seem to be the case that education has very profound effects on our psychology. I might have never thought to even look at it in that way, if I had not been exposed to economics as a discipline.

If social science students take ESPP, what benefit can they get from it?

When you acquire knowledge it sticks with you a lot better if you have a framework for accessing that knowledge. Outsiders taking a standard economics course may be faced with all kinds of first principles that just don’t apply to them, or they don’t make sense because they’re designed to answer questions that are of interest [only] to economists. There is this rich toolkit, but it’s sometimes inaccessible because not everybody cares about friction in markets, for example. So the trick is finding questions that are of broad interest across the social sciences, and then introduce a way to answer questions that you may not have been able to tackle if you used only the toolkit from your own discipline.

What can ESPP do that standard economics textbooks can’t?

One of the real strengths of CORE is that it is assuming basically nothing. Maybe for some people that might slow them down … but the way CORE is structured you can skip over the pieces that [for you] are just obvious and easy to understand. For the people who need help, it’s there for them. The kinds of questions that CORE has used as examples to illustrate different aspects of economics are questions that we’re all interested in. Things like sustainability, or climate change, that different disciplines have tried to tackle using their own methods. It’s about expanding your toolkit, and your world view, to answer the questions that you’re interested in.