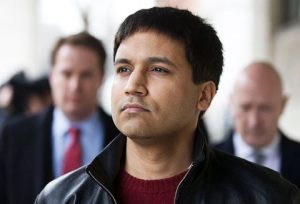 A British trader, Navinder Singh Sarao (right), faces extradition to the US to answer 22 criminal counts, including fraud and market manipulation. The US Department of Justice claims he significantly contributed to the “flash crash” that occurred on 6 May 2010, in which the Dow Jones Industrial Average experienced the biggest intraday point decline in its history. It lost 9% of its value within minutes before rebounding. Sarao is accused of making profits by “spoofing”—placing orders that he did not intend to fill—to manipulate market prices.

On 28 April Professor Rajiv Sethi of Barnard College, Columbia University and the Santa Fe Institute published an article in the New York Times, claiming that the prosecution of Mr Sarao was arbitrary and his contribution to the flash crash negligible. “Regulators should direct their attention instead to far more damaging practices—for example, high-speed strategies that exploit the fragmented nature of our trading systems to make profits purely on timing and speed,” he wrote.

Whatever the outcome of Sarao’s extradition hearing, the reporting of his actions reflects, in Rajiv’s words, “a naïve understanding of modern finance.”

We have an interest in this because Rajiv, who teaches financial economics at Barnard, wrote a large part of CORE’s material on financial markets. In Unit 9 of The Economy we describe how orders are placed and matched in continuous double auctions, how price bubbles and crashes can sometimes occur, and why some markets do not clear.

This is not standard introductory economics—indeed, most students go through an entire undergraduate degree without learning anything about financial markets. Why do we dedicate an entire unit to topics that are usually confined to finance courses? Because we believe that the way prices are determined in financial markets, and the possible market failures that arise, are essential to understanding the way a modern economy functions. For example: students cannot understand important questions facing financial regulators without an understanding of how the trading process works. We think that economics students should understand how a flash crash might occur and why one trader, acting alone, would be unlikely to cause it.

We have written about this before, inspired by a December 2013 post on Project Syndicate by Paul Seabright of the Toulouse School of Economics in which he criticised the “the beauty, simplicity, and lack of realism” of the equilibrium-based models of undergraduate economics. The general equilibrium model elegantly shows how markets can spontaneously create order, he wrote, but may mislead us if we apply what we learn from it to “messier”, dynamic, two-sided markets. But the messiness, he concluded, doesn’t mean that this subject is too difficult for undergraduates: “every behavioural divergence between two-sided and traditional markets can be understood using simple tools of elementary microeconomics.”

At that time Rajiv had already taken up the challenge of describing these types of markets in our course. You can read the outcome in The Economy: please let us know what you think.