What students and their teachers tell us about ESPP 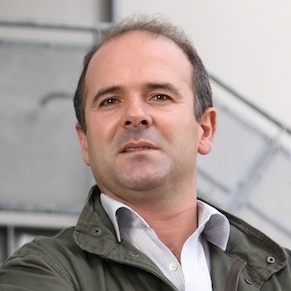 “I told them it would be experimental,” says Carlos Cortinhas, who introduced the first beta units of Economy, Society and Public Policy (ESPP) to his students at the University of Exeter in 2018, “I explained to them that’s what economics is about. We try experiments. Sometimes they work, and sometimes they don’t.”

Carlos created one of the innovative courses that used our beta version of ESPP over the last year. It worked for him: ESPP‘s 1.0 version, launched on 27 August, will now be the standard text for Exeter’s economics minors. The department is also introducing CORE’s The Economy for its 2019 cohort of Economics majors.

What inspired him to take a chance on the first draft of a new, and new type of, textbook to teach economics and policy to non-economics students? He explains that the cohort, like many similar courses, contained a broad mix of students who were majoring in 10 other subjects. The class was also made up of students who had studied economics at school alongside others who were new to the subject. Historically students from all backgrounds at Exeter had a similar opinion of their economics minor courses, which used a standard entry-level text: they didn’t like them.

“Teaching this course used to be challenging,” he recalls, “the students had done economics at A level were bored, because all the same material was repeated. The other half was struggling because it was quite technical.”

(If you want to hear in more detail how Carlos planned the ESPP-based course, what succeeded and what improvements he will make in 2019, watch the video of his presentation to our 2019 workshop).

Carlos’s new course sums up our approach: he teaches using empirical and policy examples drawn from the news and real life, applying theory to make sense of it. Using this technique, he has managed to challenge both groups equally. Students now have a course in which they are expected to take part in discussions in tutorials, instead of watching a TA going through the solutions to abstract maths problems. They sometimes have guest lecturers from outside the university, because they do their reading before the lectures, and so don’t want the book material repeated back to them. Of course, it’s not universally popular. Some students, veterans of school economics teaching, question why an economics course doesn’t start with supply and demand.

Exeter is not an outlier. When we collected student and teacher responses to the first year of ESPP teaching, practical relevance was overwhelmingly what attracted them to the course.

Humberto Llavador has used ESPP with his students at the Universitat Pompeu Fabra, Barcelona. “Policy problems, real data examples, and the companion Doing Economics make the frontier of modern economics accessible to students from all backgrounds without sacrificing rigorousness,” he says.

Mark Dodd, at the University of Adelaide, told us that “ESPP was a very successful text for non-Economics majors. They really appreciated how they could get a great introduction to economics that focused on the real world and data, and was meaningful to their own experience of the world.” 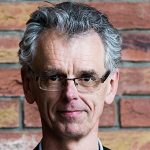 “I would recommend ESPP as an excellent resource for a wide range of courses teaching introductory economics with a focus on public policy,” says Stephen Wright at Birkbeck, University of London, who uses it to teach his PPE MSc students. “It takes some of the key material from The Economy and re-packages it for students who are not specialising in economics, and who want to see the subject in a wider context. I appreciate the increased focus on data.”

Stephen also points out that, if students or teachers want to go into more depth on a topic, he can always direct them to equivalent or follow-on material in The Economy.

Students enjoy it too

But of course, there’s no point in pleasing teachers if the students hate it. Before we created ESPP, we had been told there was an urgent need for a new type of material that to satisfy non-specialists, or for courses with a heavy emphasis on policy – for example, for the growing number of PPE degrees, or quantitative social science and public policy courses. Teachers who had attempted to use traditional economics text books told us that students found them too dry and mathematical. The theory-first approach often turned them off before they got to the policy applications that excited them. Also, traditional economics texts did not meet the increasing demand to learn empirical skills at the same time as theory.

Anecdotally, students overwhelmingly responded positively to ESPP‘s beta. For example, it has been used to help teach an MPA at the Columbia University School of International and Public Affairs. Alaina Leggette, a student on the course, told us:

“Other economics textbooks teach you about the individual tools economists have in their toolboxes … ESPP, on the other hand, teaches you how to address complex issues such as inequality and unemployment by simultaneously using all the tools in the toolbox … this approach allowed me to evaluate current events and policy proposals through an economically comprehensive, rather than fragmented, lens.”

We worried that our non-traditional teaching approach might be off-putting to mature students, or for those who had studied the subject before. But then we received a testimonial from Simon Greaves, for 30 years a writer for the Financial Times and FT.com. He is also now an MSc PPE student at Birkbeck, University of London (Birkbeck does most of its teaching in the evening so that its students can study while working).

“When I took my economics honours degree 43 years ago I always felt it unfinished business,” he wrote to us, “We were warned by the course leader before the start that we would not see the world in the same way after studying the [CORE] module and this proved to be the case. While tackling the deep issues of global inequality and market failures CORE also gave us quick insights into specialist areas and analytical tools so I was able in the exam to solve a pure strategy Nash equilibrium, and answer questions on the use of monetary policy and explain models of welfare economics. The course succeeded in refreshing and updating my thinking and gave me confidence to work in more depth within the economics field.”

Tell us your story or ask us for advice

We’re always looking to hear about how you have used our material, both the things you liked, and the challenges you faced. It helps us to improve. It also helps us to build a community of ESPP users who can share experiences, and so we are pleased to hear from you if you’re considering using the whole book, a unit, a project, or even just a model, and don’t know where to start. We will try to help.

Because no two courses will use ESPP (and the companion empirical projects in Doing Economics) in the same way, they we realise that adoption may be daunting for some departments. But if you want to challenge your students and refresh your teaching, please get in touch. We will try to share the experiences of teachers like Carlos, Humberto, Mark and Stephen.