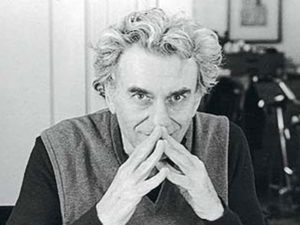 Project director Wendy Carlin was interviewed by the Analysis programme on Radio 4 this week to discuss a subject that would have been inconceivable 10 years ago: the legacy of macroeconomist Hyman Minsky, and why it matters. You can listen to it on the BBC iPlayer here.

The programme quotes Federal Reserve chair Janet Yellen saying that his work has become “required reading”, and that it is “getting the attention it deserves”.

In his lifetime (he died in 1996) Minsky’s work was never mainstream; mainly because his ideas, pre-2007, didn’t seem to fit observable reality during the “great moderation”. Minsky argued that stability in the economy is destabilising, as banks and borrowers take on more risk during times of calm growth. Eventually excessive risk-taking will cause a crisis when borrowers look down, like Wile E. Coyote, and see “nothing but air”.

As Wendy says, in the second of the macroeconomics books she has co-written with David Soskice published in 2006, there is no reference to Minsky in the index. In the new book, also co-authored with David Soskice and called Macroeconomics: Institutions, Instability and the Financial System, which will be published later in 2014, Minsky’s ideas are included in the modelling of the background to the financial crisis. As Wendy says in her interview:

“I think many [economics undergraduates] were left very disappointed and embarrassed… after the first year many of them felt no better able to explain what was going on around them than their fellow students studying physics or anthropology.”

We can’t promise that undergraduates taking the CORE introductory course will all become experts on the financial crisis; but the units we are working on now will certainly discuss the role of finance and how it may create instability in the economy.